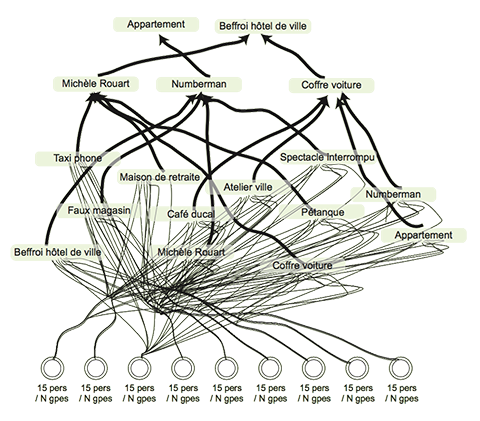 A game or a show? You judge. Puzzles, backdoors, inaccessible places, unusual encounters and the backstage of the European Capital of Culture. An unpredictable micro-adventure, this urban pilgrimage might very well carry you away in the proper sense of the term. A series of minor discoveries will guide you on a journey where everything depends on your sense for initiative and your abilities to see, hear and invent. Your initiatives will open all doors. Or almost.

La Chasse is an in-situ performance for 120 spectators that takes 5 hours. The spectators themselves become the main actors of this adventure, as they face a number of mysterious or surreal situations. Passing through unusual and unknown places in the city, they meet inhabitants and are confronted with enigmas that will need to be solved for the show to go on. The course of the evening questions the strength of a group, collective will and collaboration, ownership and decision-making. (The ultimate and secret goal of the game is for the people to reclaim the Cultural Capital.)

Le Club du Borinage is a club with variable geometry and whose name changes depending on the country in which it officiates. It currently consists of Julien Fournet, Robin Mignot, Diederik Peeters and Leonard Stevenson. 'La Chasse' is the first associated production of Amicale de Production and SPIN.


Clues, a journey inside the Capital of culture, places you didn’t even know existed, a show scattered in reality , a game of pétanque, a cab race, a poignant drive of communal power. An unpredictable and riveting experience. 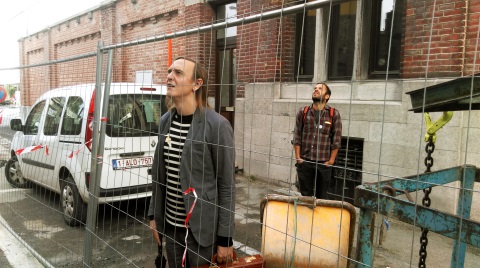