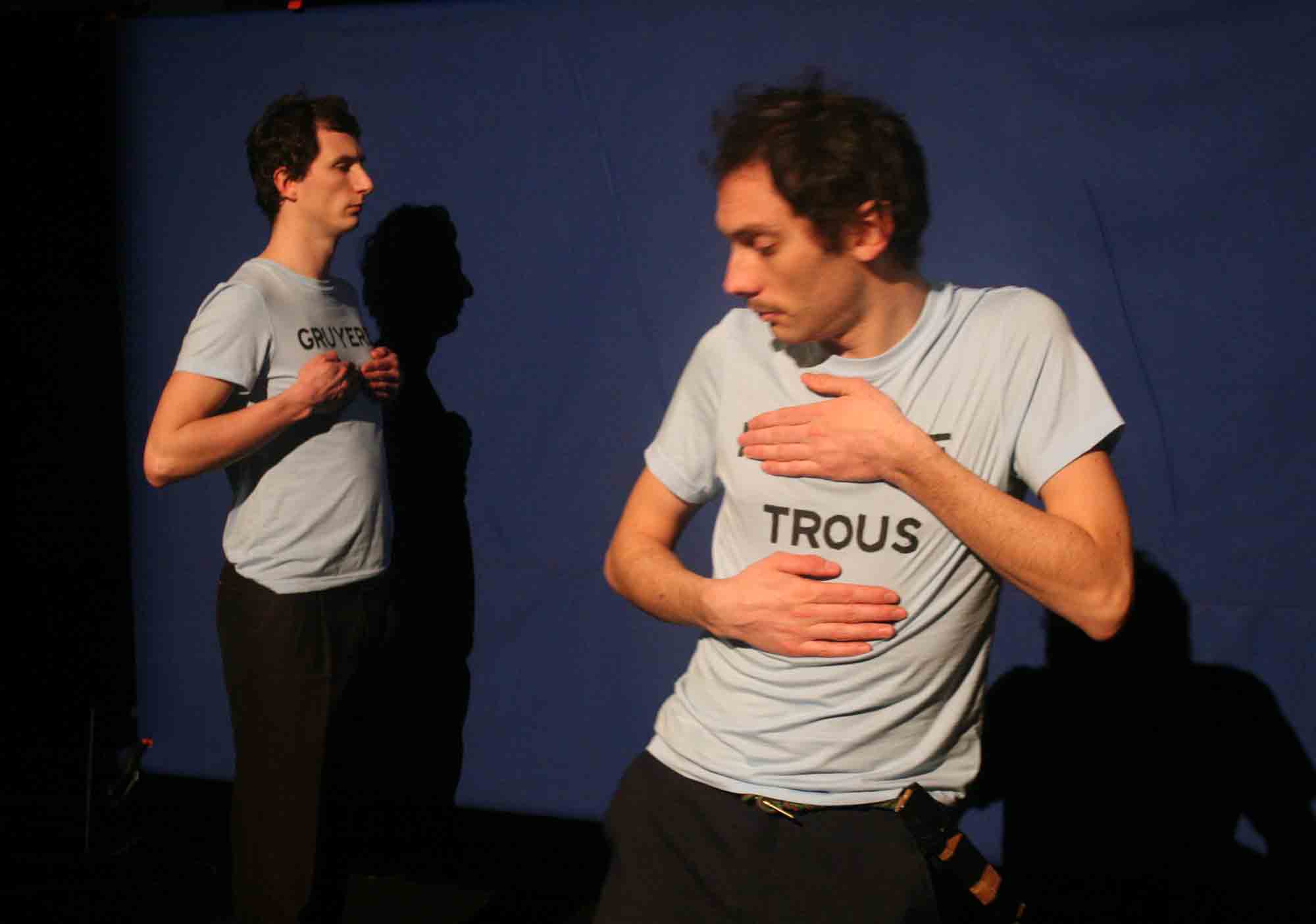 &&&&& & &&& deals with both science and fiction. T and the pair of them with a hyphen in between. This operation, which is somewhere between live entertainment and an art exhibition, involves both a stage and a number of installations which share a space where people may circulate freely and at length. The public are invited to come along whenever they like within a time span of three hours. The show is performed on the stage in a loop. This loop has no specific beginning or ending. The audience may pick up on events at any time.
In the process, the presence of the future in our lives is exposed, as well as the possibility of the intergalactic being contained within a cardboard box and the urge to flee to more engaging planets.
According to a tradition which owes as much to variety as it does to performance art, two sword carriers ask questions at a given moment and in a given place, replying at another moment and in a different place.
The show continues via the installations, which provide a exploded narrative and the opportunity to trip over the robot. Both grave and furiously idiotic, this show could have been dreamt up by a nine year-old Bill Gates for his mother’s birthday party. 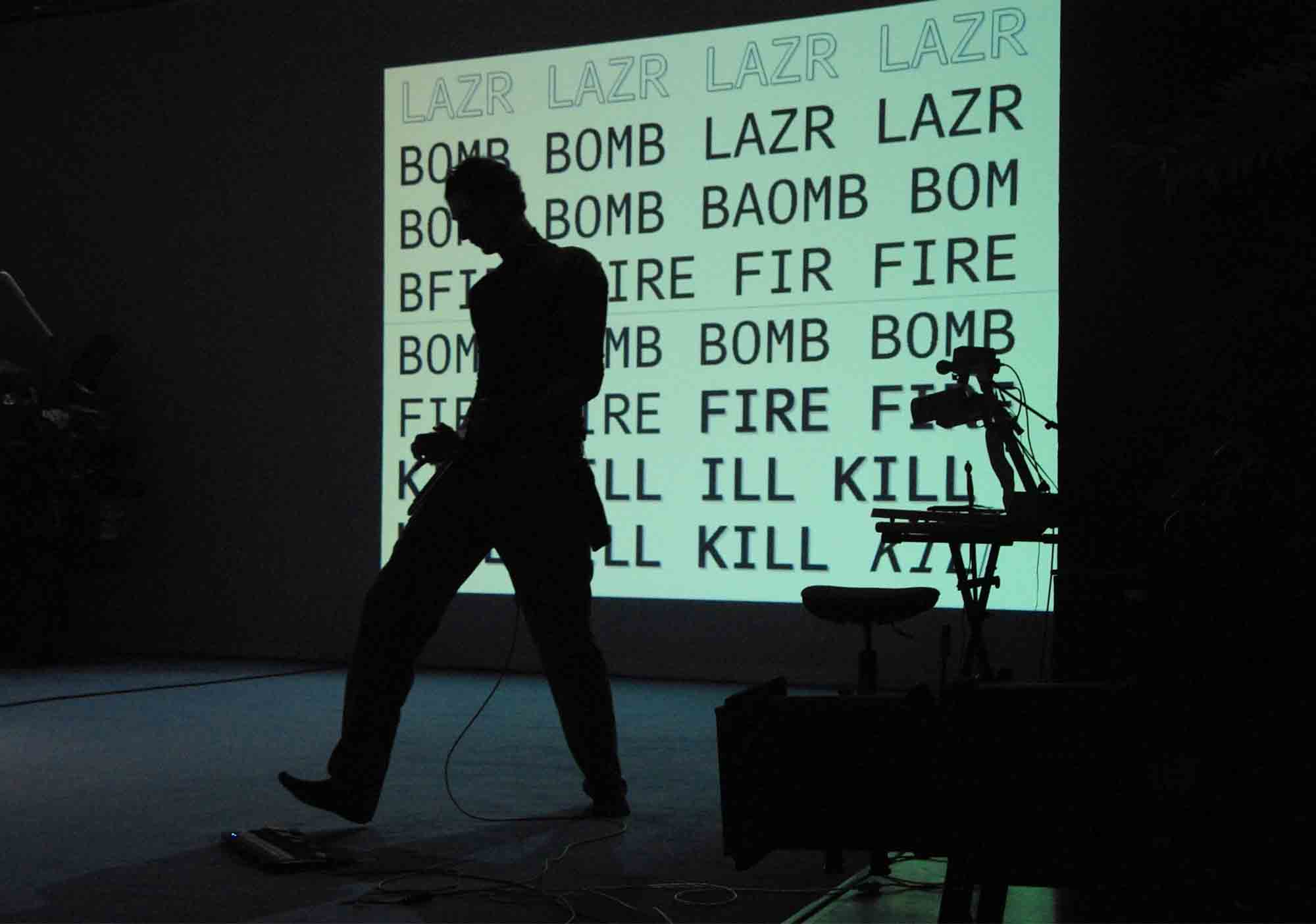 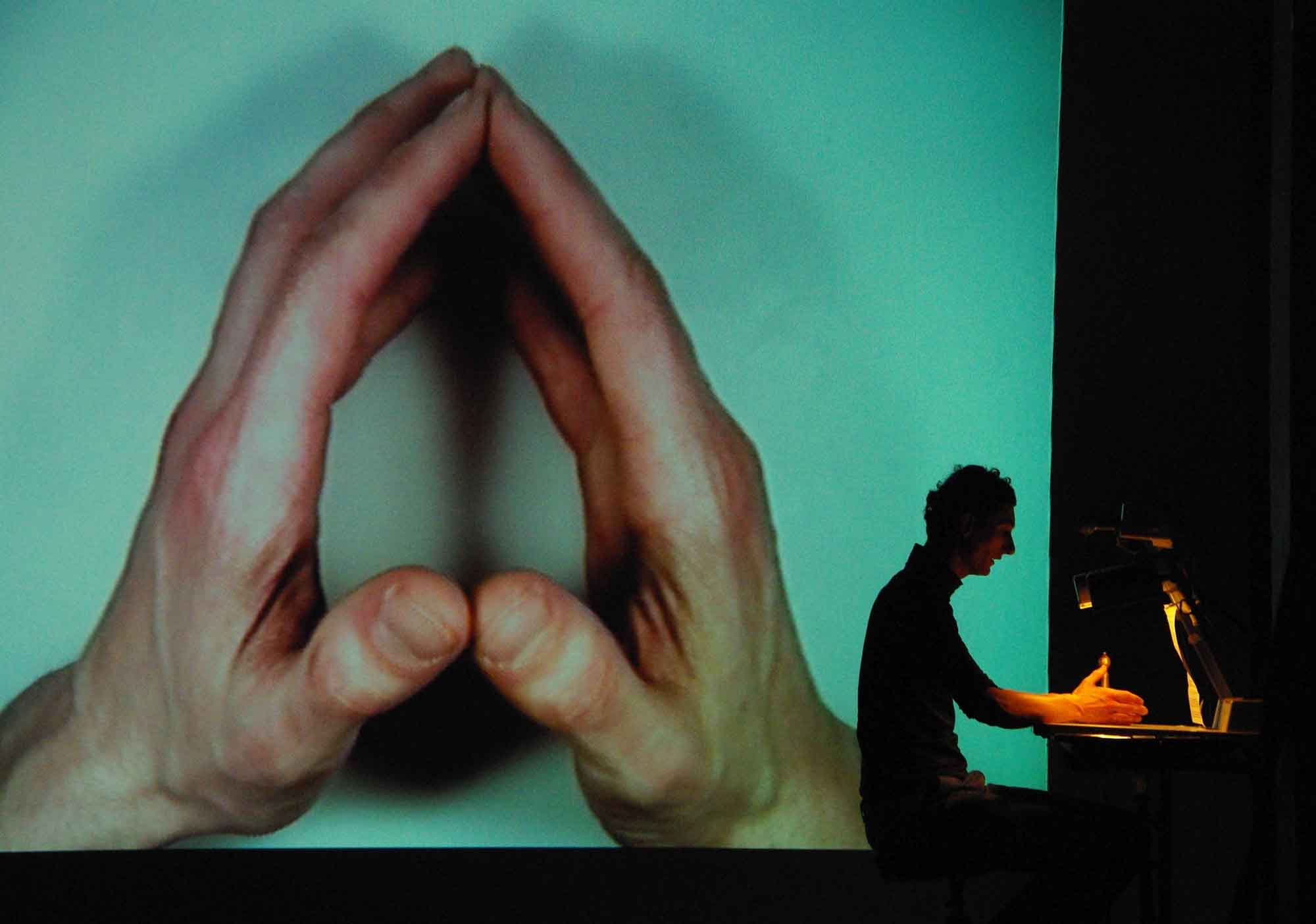 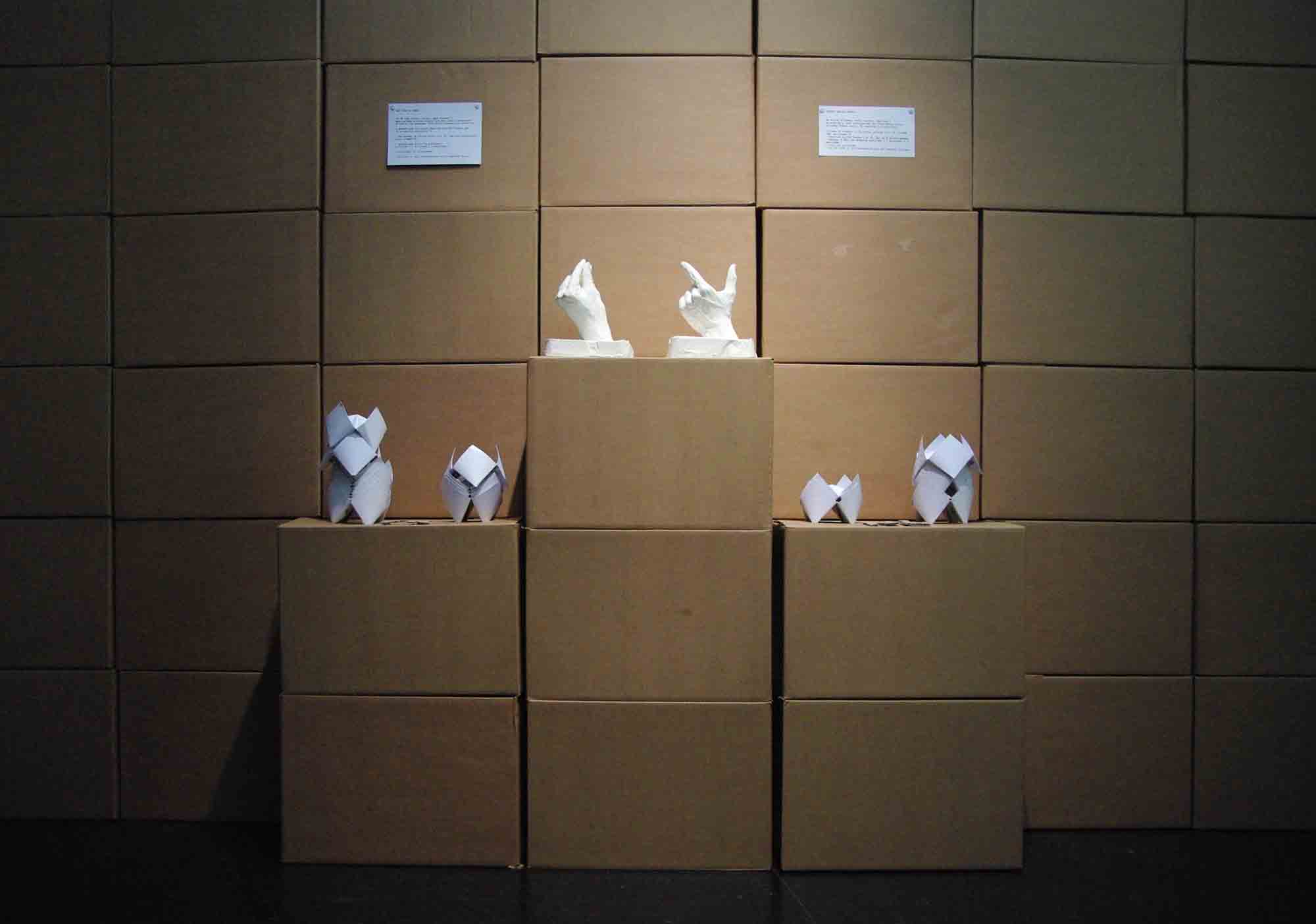